AuctionsPlus’ online sheep and lamb sales returned to its normal schedule this week, with a total of 68,698 head offered. The Deniliquin store sheep sale also featured online, with a further 17,842 head offered. Top purchasing regions for the week continued to reflect the improved seasonal conditions, included Central West NSW, which secured 11,853 head, followed by the Riverina and NW Slopes and Plains of NSW, which purchased 6,861 head and 5,318 head, respectively. 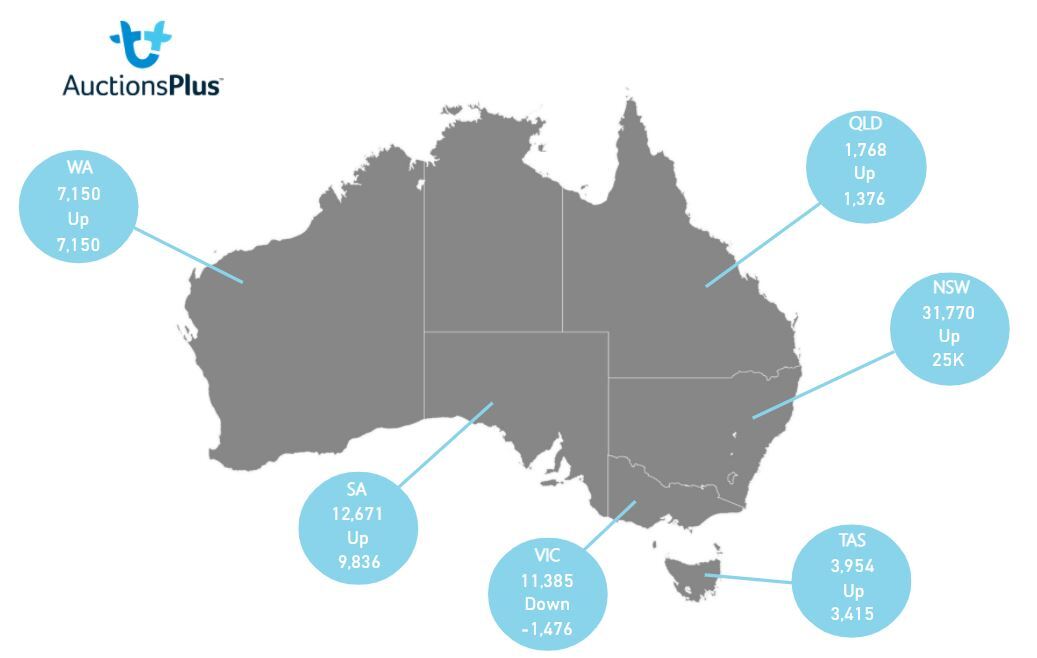 Merino ewe hoggets sold from $143 to $331/head, to average $261/head - down $42/head on last week. The top price was achieved by a line of non-station mated ewe hoggets, which weighed 67kg, with 80mm skins. These ewe hoggets will make the journey from Snowtown SA, to Kaniva, VIC.

Proven Merino breeders (4+ years) were priced from $136 to $352/head, to average $256/head - down $16/head. The top line consisted of non-station mated Poll Merino ewes from Snowtown, SA, which weighed 71kg, with 15mm skins. The vendor bred ewes will travel to Bridgewater, TAS.

Merino wethers sold from $139/head to $148/head - to average $144/head. The top line consisted of 55kg wethers of Redside and Mayfield blood. Out of Whitefoord TAS, these wethers will head to Gippsland, VIC.

First cross ewe lambs sold from $224 to $363/head, to average $268/head - down $3/head. A line of April/May 20’ drop Border Leicester/Merino ewe lambs from Gulargambone NSW, weighing 61kg, achieved the top price. These lambs had 50mm skins and will travel to Walgett, NSW.

First cross ewes sold from $338/head to $444/head - to average $379/head. Hailing from Weethalle NSW, a line of 73kg scanned in lamb (SIL) ewe hoggets topped the category and will head to Dubbo, NSW.

Tasmania registered a total offering of 3,954 head this week, with a 92% clearance rate. The offering consisted predominately of crossbred lambs, with smaller listings of Merino wethers and Merino ewe hoggets. A line of non-station mated ewes made $274/head, weighed 77kg and will journey from Ouse, to Western Junction. Another highlight saw Aug/Sep 20’ drop composite future breeder ewe lambs reach $255/head. The Pure Cashmore/Oakley blood ewes weighed 46kg and will travel from Hillwood to Quamby Bend. 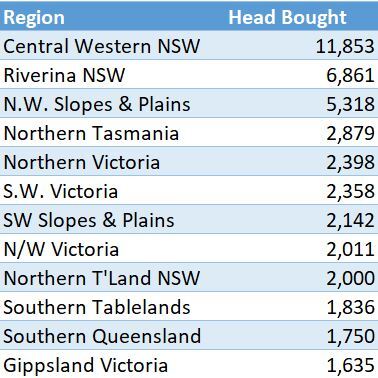 Physical auctions returned after the Christmas recess this week and kicked off strong. The AWEX Eastern Market Indicator was up 2c on Tuesday and rose a further 13c on Wednesday to close out the week at 1172c/kg, or 910c/kg in US dollar terms. Prior to the break, it was unclear whether the market demand would be able to sustain the expected increased volume. However, this weeks’ results suggest it has maintained the strength seen at the close of 2020. All selling centres closed out the week up, with Melbourne experiencing the largest increase, up 16c to close at 1134c/kg.

A full week of sales saw a significant increase in listings this week, with 10,920 head on offer. Several stock categories experienced higher prices, as above average seasonal conditions continue to underpin very strong buyer demand across many parts of the eastern seaboard. Northern regions of NSW and southern regions of Queensland dominated purchases this week, with the NW Slopes and Plains of NSW securing over 1,000 head of the catalogue. 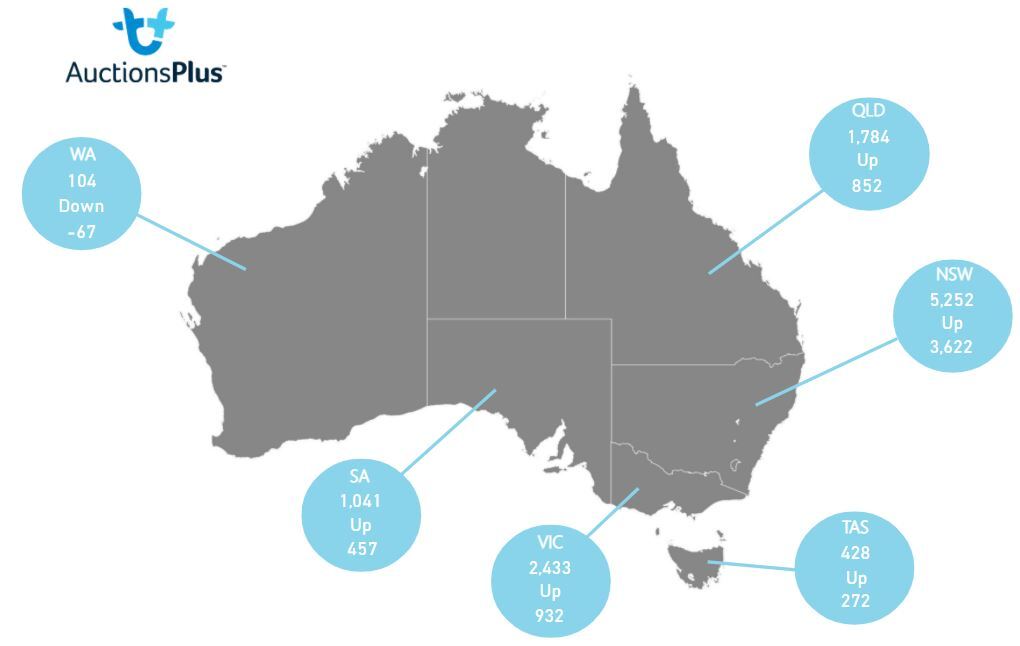 PTIC heifers achieved 83% clearance, selling from $1,900 to $3,380/head - averaging $2,490/head. A line of 22-23-month-old Angus heifers weighing 569kg achieved the top price. These heifers were PTIC to registered Angus bulls and were offered by A/c ‘Glenruben Angus’ from Woomargama, NSW.

There were 2,184 heifers on offer this week, achieving a 77% clearance rate for the category. Light heifers weighing under 200kgs sold from 485c to 634c, averaging 576c/kg. The top price went to a line of 7-10-month-old Angus and Angus cross heifers weighing 188kg, offered by A/c ‘CC & TS Gibson’ from Logans Crossing, NSW. 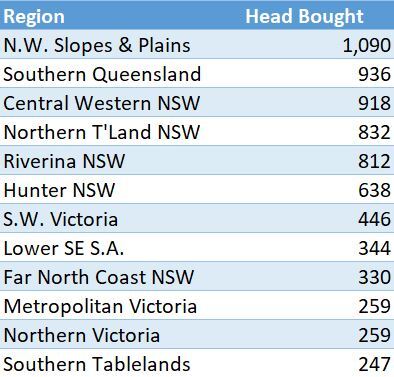 Signing up to AuctionsPlus is free and gives you instant access to results and other member only features.